The debug stick is an item in Minecraft that players can use to alter the block status of the blocks in-game. This item looks like any normal stick in Minecraft. However, it has the shine of an item that has been enchanted.

Not sure what this item is or how you can use it? You aren’t alone. Here’s our guide on how to use the debug stick in Minecraft.

Minecraft: How to use the debug stick 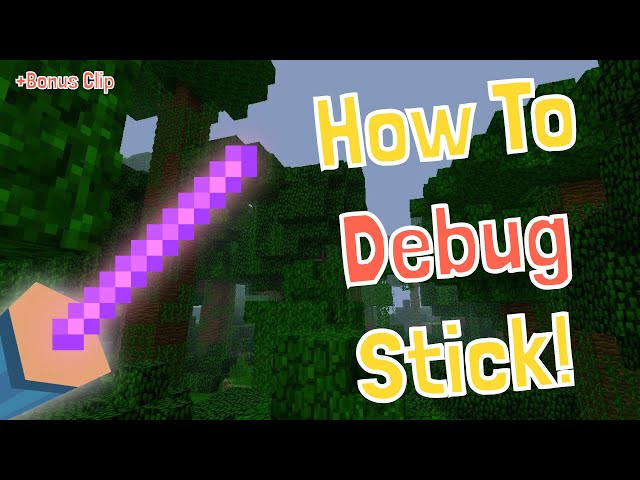 Players can only get the debug stick by using in-game commands such as /give or /replaceitem. Players can solely obtain this item in Minecraft Java Edition. Additionally, the debug stick cannot be obtained or used in games running survival, hardcore, or adventure modes.

Minecraft players are only able to use the item in creative worlds that have cheats enabled.

Minecraft players can also sneak while hitting the block that they’d like to change. This lets players cycle through the block state values in reverse order. Players will also need to sneak in-game if the block they’re altering is an interactive block such as a crafting table or furnace.

The debug stick was added to Minecraft in Java Edition 1.13. Despite this, debug sticks are not a gameplay feature that is completely supported by Minecraft’s developers.

Due to this, all issues stemming from the item’s usage are marked as “Won’t Fix” in the game’s issue tracker. Issues that relate to the physical object are not automatically marked this way.