Last month, Mojang officially announced Minecraft Live 2021. The wait is finally over with the live event taking place this Saturday, 16 October 2021. Mojang will conduct a vote during the event to allow players to choose a new mob for Minecraft 1.19 update.

Developers have revealed the three candidates for the upcoming mob vote.

Mob Vote 2021 will take place on Twitter even after last year’s controversial event. Unfortunately, Mob Vote 2020 was rigged by Minecraft star Dream as he asked his massive fan base to vote for Glow Squids. Many are afraid of the streamer repeating his antics. 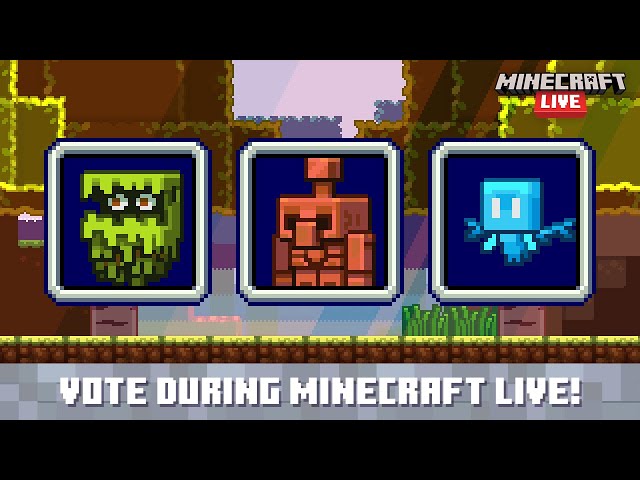 This week, Mojang announced the three candidates for Mob Vote 2021: Glare, Allary, and Copper Golem. Like all other mob votes, every player has preferences regarding these additions.

To prevent a debacle, Mojang decided to make every mob useful this year. This will be essential in placating players whose candidates don’t win.

However, after the mobs were unveiled, Minecraft enthusiasts are now in a dilemma.

On top of that, the controversial Minecraft influencer Dream is incessantly reminding fans about how he will rig the mob vote. Right after Minecraft Live 2021 was announced on Twitter, the streamer replied:

After the reveal of Glare, the first candidate for Mob Vote 2021, Dream again reminded the community about his power to rig the poll.

All of this could be in good humor as the streamer is known for his hilarious antics and comical comments online. However, his influence in the polls can’t be understated.

Dream is one of the biggest and fastest-growing content creators online. He has millions of fans from all over the world, most of whom are young and easy to influence.

Twitter is rife with dedicated players from across the globe, urging Dream not to rig the vote:

remember when dream took pisscow from us last year.. DREAM U CANT RIG THE VOTE THIS YEAR THE ALLAY IS THE MOST SUPERIOR CHOICE

remember when dream took pisscow from us last year.. DREAM U CANT RIG THE VOTE THIS YEAR THE ALLAY IS THE MOST SUPERIOR CHOICE https://t.co/SJYbNXbu1m

UGH I HAAATE THE ALLAY IT BETTER LOSEI WOULD DEFINITELY NOT WANT DREAM TO RIG THE VOTE BY MAKING EVERYONE VOTE THIS🙄🙄🙄(/j) https://t.co/RA5mTE3f8c

[wip]if dream doesnt rig the vote for allay then idk what ill live for https://t.co/nXFy3e52s2

Mob vote is all about incorporating what the community wants in Minecraft. But with prominent influencers like Dream introducing foulplay, the event loses its meaning and charm.

Players expect this to be an underhanded joke but won’t be surprised if the streamer goes through with his plans. If the latter happens to be the case, they are hopeful of Dream endorsing their favorite mob for the vote.