Used as the central currency in Minecraft Dungeons, emeralds are accrued through various means and can be used while at camp to purchase a variety of goods and services. 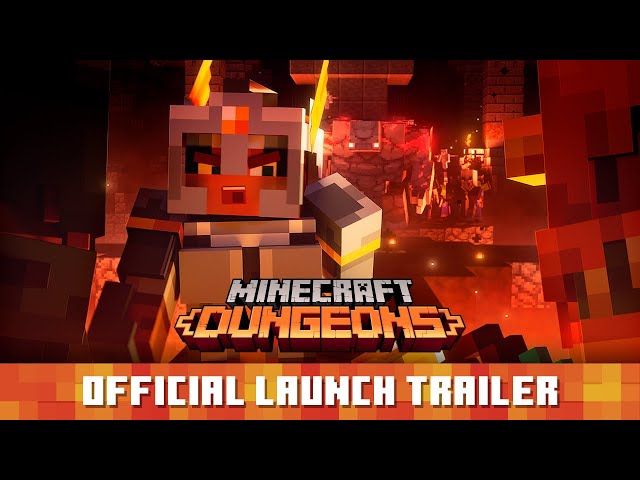 Obtaining emeralds can be as easy as playing the game and progressing through Minecraft Dungeons’ many levels and difficulty settings, but there are ways to farm even more emeralds and build a hefty reserve.

Simply defeating opponents and securing loot works just fine when it comes to earning emeralds, but costs increase over time along with the in-game difficulty, and eventually, heroes are going to need a heaping help of gems in order to continue spending them on what they need.

Minecraft Dungeons players are given refreshing missions known as Daily Trials on the Overworld map that can be undertaken for solid rewards. However, one particular condition of these trials is a path to exceptional emerald gains over time, depending on how long a player is willing to invest in farming the emeralds.

Specifically, heroes will want to find a Daily Trial that possesses the condition that players are equipped with the Prospector enchantment.

Although the Prospector enchantment is helpful, this Daily Trial provides it for free, and the emerald gain is significant regardless of difficulty. What this means is that Minecraft Dungeons players can optimize their build for damage, health, and speed and play through the trial by one-shotting hostile mobs, who will drop a decent sum of emeralds.

In this instance, the key to achieving maximum farming potential is to move quickly and hit hard while ideally hitting as many mobs as possible with weapons that possess the ability to cleave.

Once Minecraft Dungeons players have their build at a satisfactory level, they’ll want to drop their difficulty for the trial to roughly ten levels or more in order to quickly dispatch enemy mobs without lingering.

It may take a little testing to find the right difficulty on a player-by-player basis. However, players shouldn’t drop their difficulty too low, as their emerald gain will suffer. The trick is finding the sweet spot between a high difficulty and being able to defeat enemy mobs in one shot.

Once in the Daily Trial level, simply take out any and all mobs that come your way, making sure to take out slimes and enchanted slimes along the way as they provide a large amount of emeralds.

Players can remain in the level and take out mobs at their leisure, then leave the trial once they clear out the available mobs (though defeating the boss should be avoided as this will complete the trial and make it unavailable to repeat).

By simply diving in and taking out mobs, leaving, and re-entering, players can farm thousands of emeralds per trip. The needed Daily Trial won’t always be available, but when it is, it’s a fantastic opportunity for a ton of easy emeralds in Minecraft Dungeons.

Note: The article reflects the views of the writer.

Let us know your preferred way of obtaining Minecraft emeralds in the comments section below!

Know why cars, mobile phones getting costlier ahead of Diwali – DNA India

Planning to buy a MacBook for work and play? Read this first