Share
Facebook Twitter LinkedIn Pinterest WhatsApp Telegram Viber
While Bollywood celebrities left Mumbai for international New Year holidays, Shilpa Shetty and family returned home today. Paparazzi snapped Shilpa with daughter Samisha and son Viaan at the airport, making their way to the car. The actress cheerfully posed for the paparazzi and even pulled down her mask to flash her happiest smile. 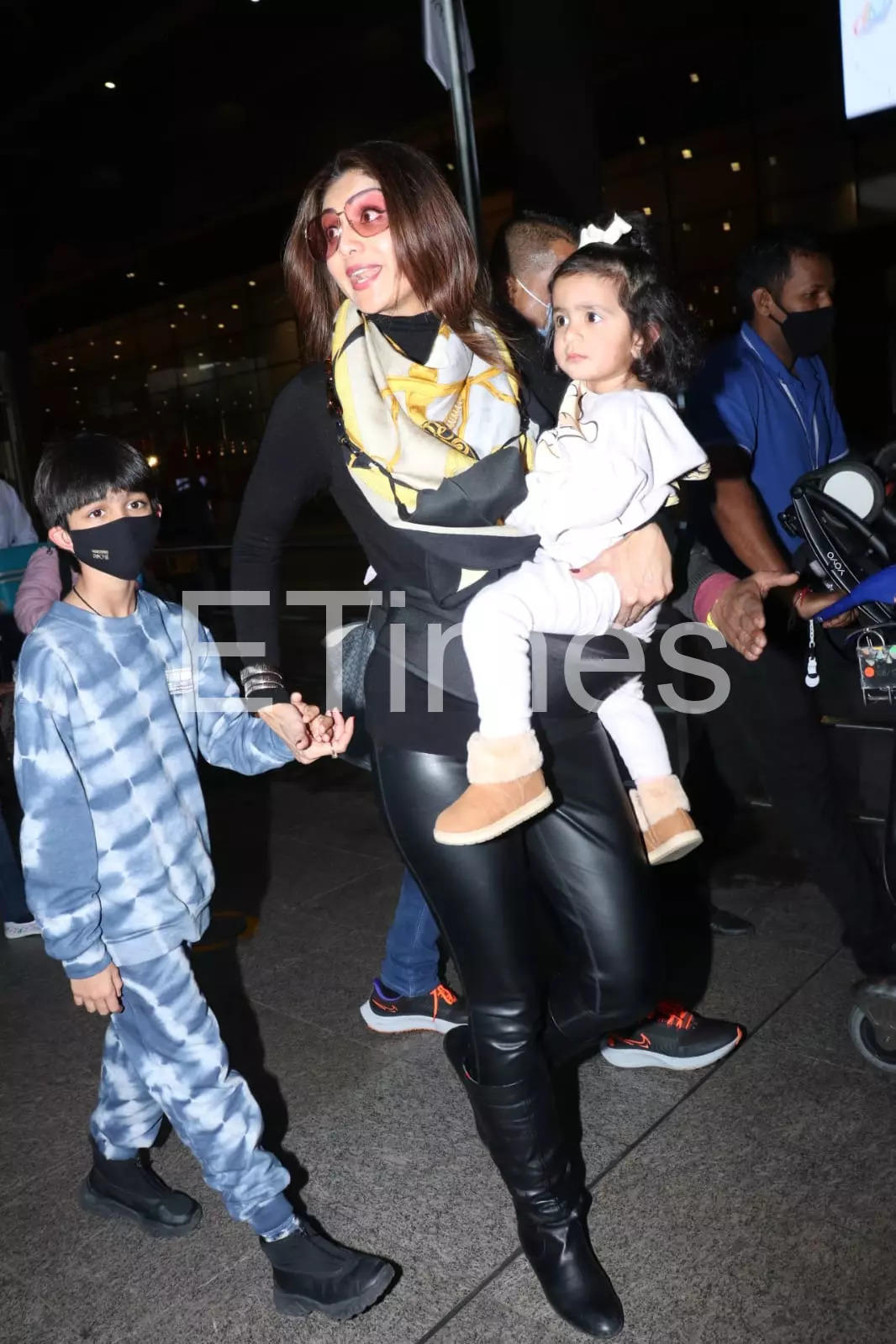 However, Raj Kundra avoided the photographer and was quietly waiting in the car. The businessman had his face covered in a hoodie and shades. The couple was holidaying in Mussoorie, where they also celebrated Christmas. Shilpa had shared several glimpses of their vacay on social media, but Raj was missing from all the posts.

Raj Kundra has been maintaining a low profile ever since he was named the key conspirator in a case connected to production and distribution of pornographic content. He was arrested in July and walked out on bail in September. Recently Raj had issued a statement, breaking his silence over the entire controversy. The businessman had stated, “After much contemplation, considering there are many misleading and irresponsible statements and articles floating around and my silence has been misconstrued for weakness. I would like to start by stating that I have NEVER been involved in the production and distribution of ‘pornography’ EVER in my life. This whole episode has been nothing but a witch hunt. The matter is sub judice so I can not elucidate, but I am ready to face trial and have full faith in the judiciary, where the truth will prevail. The trolling, negativity and toxic public perception has been very debilitating. To set the record straight, I do not hide my face in shame, but wish that my privacy is not intruded anymore with this continued MEDIA TRIAL. My priority has always been my family, nothing else matters at this juncture.”