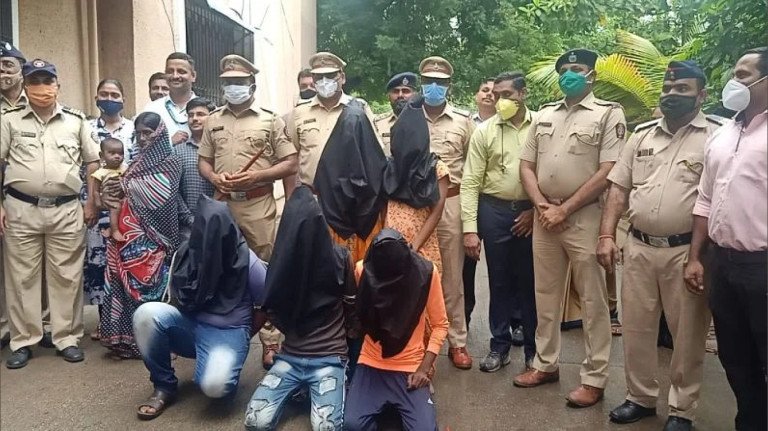 The Mahatma Phule police in Mumbai’s Kalyan has arrested a gang of five people, including two different couples, for stealing a six-month-old baby boy from a roadside mother. Moreover, the accused have been remanded in police custody till June 14.

According to reports, Sunita Rajkumar Nath was sleeping with her child on the sidewalk near Shiv Mandir at Mohammad Ali Chowk in Kalyan. The accused reportedly stole the child while the mother was sleeping and was planning to sell the child to someone else for INR 1 lakhs.

The accused have been identified as Vishal Thryambke a 20-year-old, Kunal Pote a 23-year-old, his wife Aarti Pote aged 20, Hina Majeed aged 26, and her husband Farhan Majeed aged 30.

On the other hand, earlier a special court in Mumbai, in a statement stated that a sexual abuse victim should not have to travel from one police station to another in order to file a complaint. This comes after a five-year-old was taken to three police stations after getting raped back in 2015. Moreover, the court sentenced the 34-year-old man to life imprisonment in the case on charges of rape and kidnapping under the Indian Penal Code and the Protection of Children from Sexual Offences Act.

In addition, the court stated that the evidence showed that the child was taken to three police stations after she was raped. Meanwhile, amidst the trial, the lawyer of the accused had raised this issue to ask whether the FIR was filed in the proper jurisdiction.

Plan the perfect picnic in Mumbai with these essentials

Maharashtra: BJP asks Sena not to join Cong in speaking against Ram temple

4 hours ago
Leave a Reply